Here is another piece in this attention-halting, guerilla marketing campaign that announces the grand opening of Paris zoo… 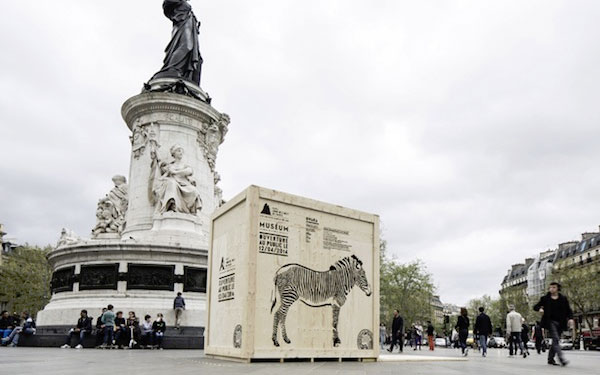 To market the movie, Chronicle — about 3 guys with superpowers — 3 drones were built to resemble humans and were flown over NY City. This obviously generated a lot of buzz (is this even legal?) and it made for a super interesting promotional trailer.

When I was cleaning out a bunch of old “How” design magazines, this photo caught my eye. Here was the caption that accompanied it: When design firm Maddock Douglas Inc. of Elmhurst, IL, took over more space last December, the staff brainstormed ways to announce the expansion. Instead of leaving it vacant during renovations, creative […]